A context for Yorke Peninsula in South Australia

This article was the basis of a talk to a community group (‘Friends of Gulf St Vincent’) based in Adelaide, South Australia , which is committed to improving the ecology and amenity of the Gulf St Vincent biozone.  It was one of several talks given at a gathering of members of the Group and the local community in the Community Hall at Pine Point, a small village on the eastern coast of Yorke Peninsula.  The focus of the meeting was the possible impacts on Gulf St Vincent of an impending open-cut iron ore-copper-gold-uranium mine nearby (Hillside Mine), but broader issues of environmental impacts and controls were discussed.  Having earlier prepared and submitted a response to the Government regulator on the proposing Company’s submission of a mine and environmental management plan, my presentation at this meeting was broadly to overview mining and mine environmental management on Yorke Peninsula (in 20 minutes or so).

When faced with making a presentation on mining and mine environmental management, which is one of the issues that local communities are finding it increasingly difficult to deal with, I find it interesting and somewhat enlightening to take a step back and look at some history.  Community perspectives on industry, and especially coexisting with large-scale industry, has changed in Australia over the decades.  Perhaps with a historical perspective in mind, it might be possible to map a pathway forward to a productive and acceptable coexistence?

The following notes for my presentation are basically dot-points from a series of ‘slides’ which summarise the approach I’d taken in my presentation.  I’m not sure how it went.

Some history of mining on Yorke Peninsula

Some history of agriculture

Getting back to mining – what about minerals exploration?

Old crustal elements form the foundations of South Australia and some of the State’s largest orebodies are found in them.  (Map from Preiss W V et al. 2002 MESA Journal 27, 39-53; http://bit.ly/1Tt4KZI) 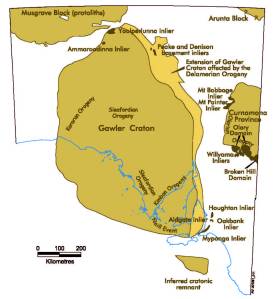 Airborne magnetics give clear indications of the geological makeup and structure (‘bones’) of the land at various depths beneath the surface (red = most magnetic rock; blue = least magnetic rocks). (Map from SARIG) 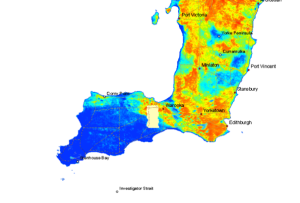 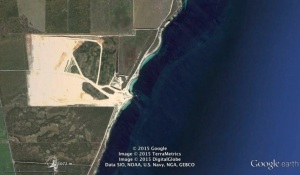