Over the last million years in southern Australia, sea levels have fluctuated between about 120m below present sea level, during the Ice Ages, to about 2m above during the interglacials.  As humans first arrived in Australia more than 50,000 years ago, the sea level fluctuated between 60 and 40m below present, and vast coastal areas were exposed for settlement.  Gulf St Vincent has a maximum depth of 40m so, during those times, it had the form of a flat landscape of alluvial plains veneered with calcrete and covered by thin sandy soils and sporadic desert dunes gently sloping towards a central oblong saline swamp (Fig. 1).

Around 30,000 years ago the Earth plunged into a severe Ice Age that lasted until about 15,000 years ago, with sea levels dropping to 120m below present.  A warming climate then caused rising sea levels, so that by around 9,700 years ago the sea encroached into the land to form the Gulf (Fig. 2).  Continued climate warming and further sea level rise progressively filled the Gulf.  The warm shallow seas enabled prolific growth of algae and marine grasses that were nurseries to a rich ecology of fish, shellfish, starfish, sponges, calcareous algae and some corals.  Sand-sized foraminifera were abundant, especially in the nearshore and intertidal zones (corresponding to the mangrove-rich areas north of Adelaide).

By around 6,500 years ago the sea had reached its present level and the Gulf achieved its current shape.  Abundant shells and shell grit were deposited to form a meter-thick veneer of calcareous sediment covering the now drowned landscape.  Predominant south-southwesterly winds created waves that eroded these sediments, for example around Port Norlunga and Maslins Beach, and quartz sand winnowed from them mixed together with more recent shell grit to create the modern beaches (Figs 3, 4).  Some quartz sands came from more ancient deposits that are now exposed at Hallett Cove.

European settlement since 1836 has altered the coastal zone by building on or removing most sand dunes, thus allowing storms to attack roads and residences. Placement of rocky rip-rap with the aim of protecting the shoreline has in fact increased wave turbulence and lowered the beach profile by removing additional sand.  Replenishment of beach sands to maintain amenity is a continuing Government-funded activity.  Tennyson Dunes is one of a few tiny remnants that provide a glimpse of the original Adelaide metropolitan coastline. 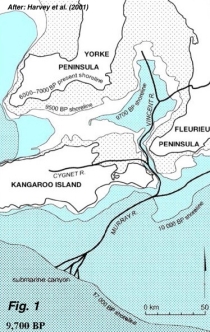 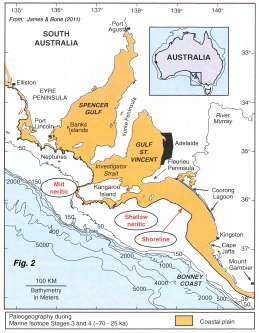 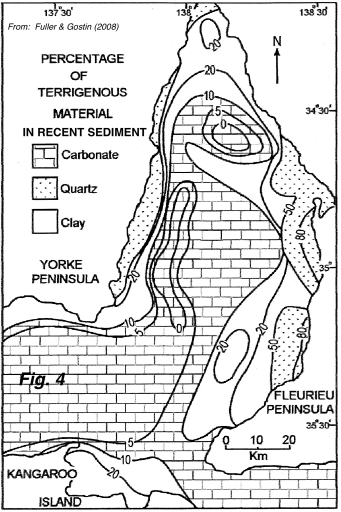